looking more than once

feeling quite a shock

smiling at what is there

being true to who you are

accepting all the scars

knowing we are all one

knowing you are less than none

being who you are

claiming your own star

“Never apologize for being sensitive. It is a sign that you have a loving heart and aren’t afraid to let others see it. Keep in mind that showing emotion is a sign of compassion and strength…

Do not let your tears flow

Pull those droplets back into your being

Until the day comes when you no longer feel

Smiling from ear to ear

Keep in check for the fortune wheel

Stay on the fringe

Until the day arrives, where you fall and kneel

When you have dropped low

And acknowledge your heart is not steal

once again your name was present to me

only you were distant miles away

a mirage of yesteryear

a fleeing moment in time

I feel you still

The WordPress.com stats helper monkeys prepared a 2014 annual report for this blog.

A San Francisco cable car holds 60 people. This blog was viewed about 1,000 times in 2014. If it were a cable car, it would take about 17 trips to carry that many people.

See the fireworks Life Petaled with Love created by blogging on WordPress.com. Check out their 2014 annual report. Thank YOU to all my visitors…I have returned!

Source: See the #fireworks I created by blogging on #WordPressDotCom. My 2014 annual report.

I am very happy to reblog this. A man standing up for women against the NFL. What does it say about us as a society? What does it say about Women who support the NFL? Why are woman NOT outraged at this? Please direct your likes and comment to: http://carolinamountainblue.wordpress.com/2014/07/26/keith-olbermann-eviscerates-sports-media-over-their-treatment-of-women/

I am no one in particular

No one special indeed

I have my mistakes

Piled up to my knees

I try my best

That is all I do each day

Yes, I am vulnerable

and have hit the wall

not a few times but more

I have shown you who I am

you have seen the good and the bad

I have shown you my weakness

and now I m scared sad

SOURCE for the following information:

WHEN SAME-SEX MARRIAGE WAS A CHRISTIAN RITE1

A Kiev art museum contains a curious icon from St. Catherine’s Monastery on Mt. Sinai in Israel. It shows two robed Christian saints. Between them is a traditional Roman ‘pronubus’ (a best man), overseeing a wedding. The pronubus is Christ. The married couple are both men.

Is the icon suggesting that a gay “wedding” is being sanctified by Christ himself? The idea seems shocking. But the full answer comes from other early Christian sources about the two men featured in the icon, St. Sergius and St. Bacchus,2 two Roman soldiers who were Christian martyrs. These two officers in the Roman army incurred the anger of Emperor Maximian when they were exposed as ‘secret Christians’ by refusing to enter a pagan temple. Both were sent to Syria circa 303 CE where Bacchus is thought to have died while being flogged. Sergius survived torture but was later beheaded. Legend says that Bacchus appeared to the dying Sergius as an angel, telling him to be brave because they would soon be reunited in heaven.

While the pairing of saints, particularly in the early Christian church, was not unusual, the association of these two men was regarded as particularly intimate. Severus, the Patriarch of Antioch (512 – 518 CE) explained that, “we should not separate in speech they [Sergius and Bacchus] who were joined in life“. This is not a case of simple “adelphopoiia.” In the definitive 10th century account of their lives, St. Sergius is openly celebrated as the “sweet companion and lover” of St. Bacchus. Sergius and Bacchus’s close relationship has led many modern scholars to believe they were lovers. But the most compelling evidence for this view is that the oldest text of their martyrology, written in New Testament Greek describes them as “erastai,” or “lovers”. In other words, they were a male homosexual couple. Their orientation and relationship was not only acknowledged, but it was fully accepted and celebrated by the early Christian church, which was far more tolerant than it is today.

Contrary to myth, Christianity’s concept of marriage has not been set in stone since the days of Christ, but has constantly evolved as a concept and ritual.

Prof. John Boswell3, the late Chairman of Yale University’s history department, discovered that in addition to heterosexual marriage ceremonies in ancient Christian church liturgical documents, there were also ceremonies called the “Office of Same-Sex Union” (10th and 11th century), and the “Order for Uniting Two Men” (11th and 12th century).

These church rites had all the symbols of a heterosexual marriage: the whole community gathered in a church, a blessing of the couple before the altar was conducted with their right hands joined, holy vows were exchanged, a priest officiatied in the taking of the Eucharist and a wedding feast for the guests was celebrated afterwards. These elements all appear in contemporary illustrations of the holy union of the Byzantine Warrior-Emperor, Basil the First (867-886 CE) and his companion John.

Same-sex unions in pre-modern Europe list in great detail some same gender ceremonies found in ancient church liturgical documents. One Greek 13th century rite, “Order for Solemn Same-Sex Union”, invoked St. Serge and St. Bacchus, and called on God to “vouchsafe unto these, Thy servants [N and N], the grace to love one another and to abide without hate and not be the cause of scandal all the days of their lives, with the help of the Holy Mother of God, and all Thy saints”. The ceremony concludes: “And they shall kiss the Holy Gospel and each other, and it shall be concluded”.

Another 14th century Serbian Slavonic “Office of the Same Sex Union”, uniting two men or two women, had the couple lay their right hands on the Gospel while having a crucifix placed in their left hands. After kissing the Gospel, the couple were then required to kiss each other, after which the priest, having raised up the Eucharist, would give them both communion.

Records of Christian same sex unions have been discovered in such diverse archives as those in the Vatican, in St. Petersburg, in Paris, in Istanbul and in the Sinai, covering a thousand-years from the 8th to the 18th century.

At St. John Lateran in Rome (traditionally the Pope’s parish church) in 1578, as many as thirteen same-gender couples were joined during a high Mass and with the cooperation of the Vatican clergy, “taking communion together, using the same nuptial Scripture, after which they slept and ate together” according to a contemporary report. Another woman to woman union is recorded in Dalmatia in the 18th century.

Prof. Boswell’s academic study is so well researched and documented that it poses fundamental questions for both modern church leaders and heterosexual Christians about their own modern attitudes towards homosexuality.

For the Church to ignore the evidence in its own archives would be cowardly and deceptive. The evidence convincingly shows that what the modern church claims has always been its unchanging attitude towards homosexuality is, in fact, nothing of the sort.

It proves that for the last two millennia, in parish churches and cathedrals throughout Christendom, from Ireland to Istanbul and even in the heart of Rome itself, homosexual relationships were accepted as valid expressions of a [Christian] god-given love and commitment to another person, a love that could be celebrated, honored and blessed, through the Eucharist in the name of, and in the presence of, Jesus Christ.

“… in the evening the youth came to him [Jesus], wearing a linen cloth over his naked body. And he remained with him that night, for Jesus taught him the mystery of the Kingdom of God. And thence, arising, he returned to the other side of the Jordan.” —The Secret Gospel of Mark, The Other Bible, Willis Barnstone, Editor, Harper & Row, San Francisco, 1984, pp. 339-342. WHY is it so hard to let go of your hurt?

and to let it go means there was NOTHING

so to let it go, means I had NOTHING

It is  just one more brick in the wall

I cling to the hurt

because it is a feeling

and better to have hurt feelings

better to think someone could hurt you

than to think you were not even worth that

love was a nest

and a new beginning

I gave my best

and now that it is gone

and pain is my song 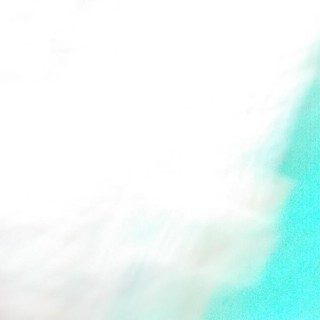 Seeking equanimity, as I pen my way through my life---my hopes, my dreams, the people I meet, facing the moments of disenchantment, the joys that lift me up and through, all in an effort to find me...to find you!